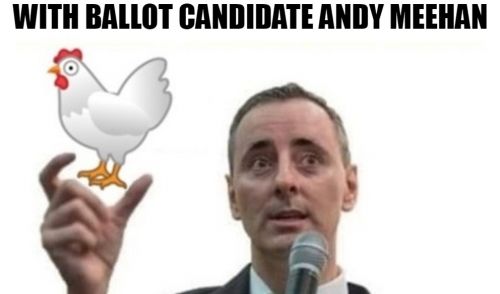 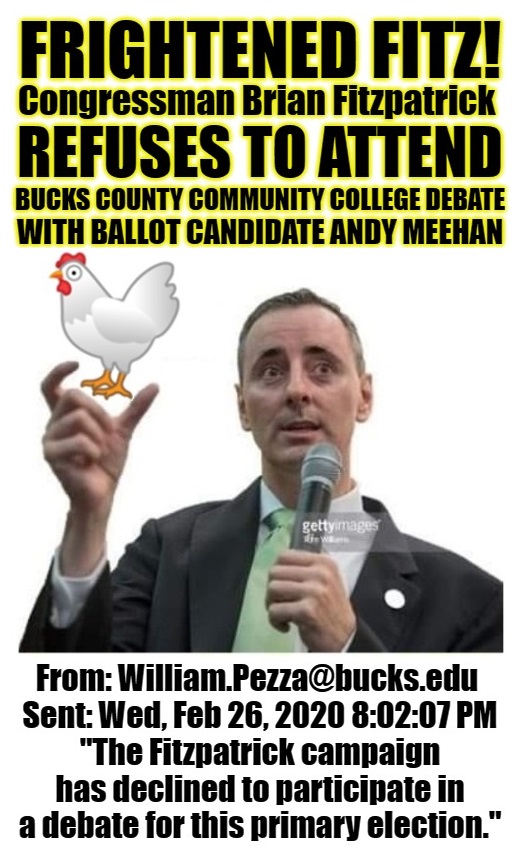 On Wednesday, February 26, ANDY MEEHAN FOR CONGRESS campaign was officially added to the ballot for the April 28, 2020 Republican Primary in Pennsylvania District 01 against his opponent, incumbent Congressman Brian Fitzpatrick.

ANDY MEEHAN FOR CONGRESS campaign is shocked by Congressman Fitzpatrick’s refusal to participate in free, open, public debate with an official candidate on the ballot.  His refusal is an unprecedented and cynical act of disrespect for PA-01 traditions, students, and the general public.

Brian Fitzpatrick’s repeated rejection of Republican values and voters is already public record. But his official refusal to debate is proof positive that every voter deserves better than fake, frightened Brian Fitzpatrick.