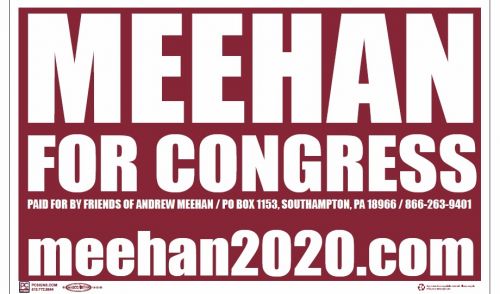 Congressman Brian Fitzpatrick and his allies have launched an “everything and the kitchen sink” attack on my campaign. As is his pattern, rather than going after me himself on the issues on which we disagree, his campaign is dropping unlisted Youtube videos to limited email lists and collections of out-of-context screen shots to reporters.

I will address each of these in order and include the “evidence” that the Fitzpatrick campaign has been leaking.

Please forgive me if these attacks on me seem too lame to respond to. This is apparently they best they’ve got, and it isn’t much.

Unlike Brian Fitzpatrick, who has spent months hiding from debates, I have nothing to hide. 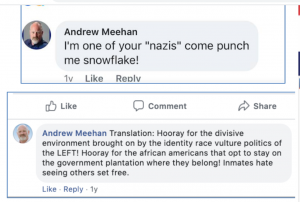 In my first comment above, I used the word “Nazi” in quotes in response to the left’s ascribing that label to everyone they disagree with, from President Trump to his millions of supporters, and using that as a justification to “punch a ‘Nazi.’”

In the second comment, notice the word “Translation” at the beginning. This comment was not my opinion but an honest paraphrasing of the left’s attitude towards African Americans in our country. No, I do not say “Hooray” for keeping anyone on a “government plantation.” That is the left’s position, not mine.

The problem with using these examples to attack me is the implicit assertion that the people they are intending to convince that I’m a racist or a Nazi are too stupid to understand the context in which I made them. Apparently, Fitzpatrick thinks his constituents are semi-literate rubes. 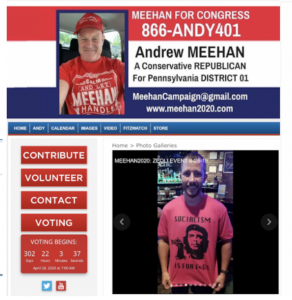 Among hundreds of photos of people in the many post-event galleries that have been featured on my website, one person is wearing a T-shirt with a slur that is barely perceivable. The photo this gallery came from was from an event hosted by radio host Rich Zeoli and not my own event. This individual in the photo has no connection to my campaign, I don’t know who he is, and the appearance of the photo on our website was incidental as part of a larger gallery. I don’t condone that kind of language and it’s not on our current website. 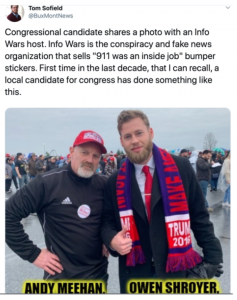 While attending a Trump rally, I met Owen Shroyer, a journalist, and was happy to take a photo with him. I don’t subscribe to everything that his news organization has ever said or done (or everything any other news organization has said or done), but I am grateful for the First Amendment and Owen’s writing defending it. I don’t think “911 was an inside job,” nor have I ever heard of a bumper sticker like that, but I do suspect that bumper sticker is intended as a tongue-and-cheek nod to Owen’s employer’s history. But as demonstrated with item #1, context and nuance are absent from these accusations. 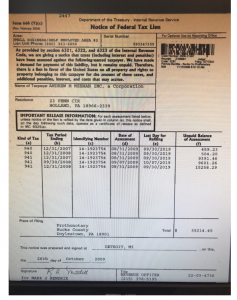 Twelve years ago, my tax preparer made an error with the assignment of income between my personal taxes and corporate taxes. I resolved the issue with the IRS at the time.

I tasked my current CPA with immediately assessing what is shown in this eleven-year-old document.

My CPA sent the transcript below showing this was resolved within weeks of it being filed. View the full resolution PDF here. 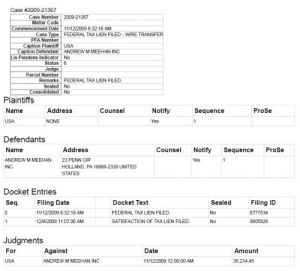 Thirteen years ago, I made a mistake in driving home from my local bar in the snow. I had a low-speed collision with another car that was parked at a traffic light which caused minor damage. I then pulled over into a parking lot, waited for police, and told them I was drinking. I was convicted, served a forty-eight-hour sentence in Bucks County Prison and a suspension of my license, and paid some steep fines.

I greatly regret that incident and have not had any other like it before or since.

Now that all of those shadow, out-of-context attacks are out of the way, I challenge Fitzpatrick to debate me on his records of higher taxes, more Middle East wars, biological men in women’s sports, open borders, sanctuary cities, funding for Planned Parenthood, and his disloyal attacks on our President.